When I heard sometime last year that Sanjay Leela Bhansali was coming out with a new film with Ranveer Singh and Deepika Pakudone, I decided then that it would be my first Bollywood theatre experience. Bhansali films are gorgeous with breathtaking scenery and beautiful costumes. They are colorful and lavish, and I imagined that if it would look anything like Bajirao Mastani or Goliyon Ki Rasleela Ram-Leela, Padmavaat would be perfect for watching on the big screen. I couldn’t wait. But wait, I did. I waited until October, and the release got pushed to December. And then I waited until December, and the release got pushed to sometime in early 2018. And cuts were made. And people were attacked, and threatened. And it seemed like the entire world was also waiting. Articles about Padmaavat from The New York Times and The Washington Post were arriving in my inbox from people who hardly knew what Bollywood was; I was answering questions about the controversy for people who couldn’t find India on a map. Then, suddenly, the film was released, and I looked at the schedule and found out that I had TWO DAYS LEFT to see it. My husband and I took the day off from work and saw it in one of those giant mega theaters in 3D. It was kind of weird. Mega theaters are strange. I passed on the mega soda and mega candy, brought my own water and snacks, sat in the recliner, and found myself thinking “I guess this is how they do it nowadays.” 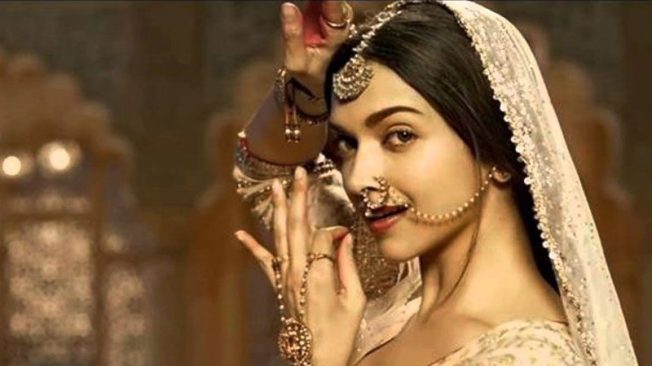 As expected, it was gorgeous. Absolutely. Have you ever watched a movie where a character is supposed to be ‘the most beautiful woman on earth’ and you think to yourself, “yeah I guess she is when compared with everyone else in the movie,” so you accept it so that you can get through the film? Well, you don’t have to do that with Deepika Pakudone. She actually is the most beautiful woman in the world while you are watching Padmaavat. And when I say, ‘while you are watching Padmaavat,‘ what I mean is that she erases all other humans. You don’t have to question it: it just is. The men are gorgeous too; Shahid Kapoor has abs that you could sharpen blades on. Ranveer Singh loses himself completely as Alauddin Khilji. It is an impressive performance (though I have to admit that I tend to be of the mind that all Ranveer Singh performances are). All of this aside, the movie is long. Really long. So long that I worried a little about bedsores and stuff. One Padmaavat viewing probably equals all of the theatre sitting that I have done in the last ten years combined (I’m a mother of a young child, you cannot fault me for that). I’m not complaining about the length though, because I knew what I was getting into. What I didn’t realize that I would have to sit through was absolutely awful CGI. I don’t know why I didn’t expect this, Bhansali has a history of terrible special effects that make his films go from masterpiece to meh in the blink of a shot of a CGI army. I am exaggerating when I say ‘meh,’ but I think that it is the CGI that frightens away the international audiences and awards. Bajirao Mastani could have been an international hit on par with Yimou Zhang’s Hero, but CGI cheapens even the most gorgeous and well executed historical epics. The effects come early in Padmaavat, and it took me a while to recover from them. I kept anxiously watching while hoping that he would realize that CGI just looks dumber than an army of extras. He didn’t. It was unfortunate. 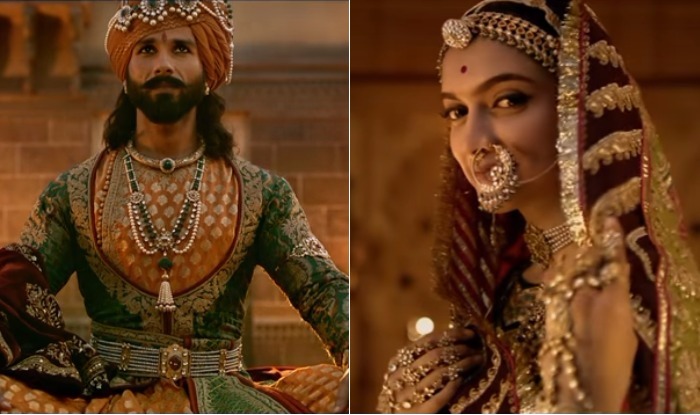 I tend to think that emotional impact is the goal of Bollywood films, and I rate them according to how well this the impact is made. Padmaavat is heavy. The relationship between Padmavati and Maharawal Ratan Singh was loving and affectionate. Their communicative glances, subtle touches, and respectful consideration was enough to convince me that they could pass as a pair; a difficult feat when Deepika’s real life partner who is often cast as her romantic lead is just on the other side of the palace walls behind which the couple stand. But Ranveer isn’t Ranveer in this film: he is Alauddin Khilji. Perhaps it was his impressive performance that helped to convince that Padmavati and Maharawal were well matched. Either way, I accepted it on all accounts. 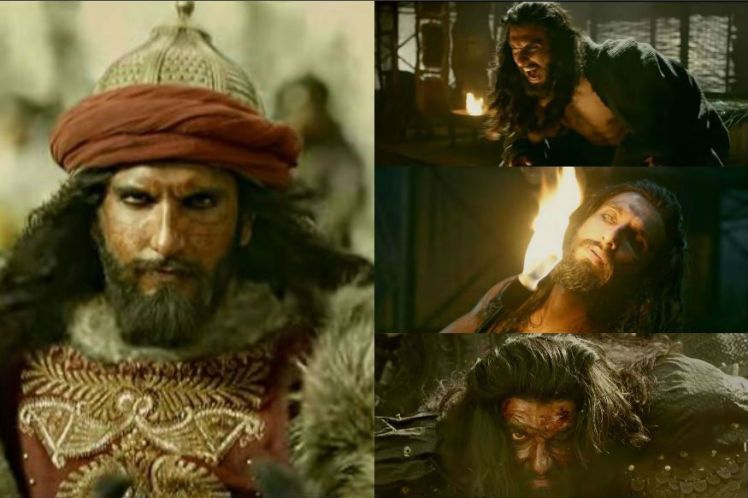 Alauddin Khilji is intense, and so is his entire team. Malik Kafur was depicted brilliantly by Jim Sarbh. His relationship with Khilji goes from humorous devotion to lovelorn and sad in the space of a single song. It was a subtle and effective shift in character that was moving and contributed to the overall sadness that can be seen throughout Khilji’s court. His wife, Mehrunissa, performed by Aditi Rao Hydari, carries a sadness about her which communicates how possession by Khilji is death itself. Khilji seizes the passion from those around him, consumes it, and leaves them behind, despondent and hopeless. There is a clear dynamic here, freedom through love and devotion versus freedom from love and devotion. For Khilji, love can only exist at the expense of passion, and Khilji is a man ruled by desire. Love is possession, and possession lights his flame and fuels his fire. Padmavati and Maharawal on the other hand, exemplify true love through virtue. Padmavati’s love for Maharawal is true, and so she commits jauhar out of devotion to herself and Maharawal and not because of fear. Throughout the film Padmavati proves that she is a masterful politician, after all, “The Rajput women are as much a warrior as Rajput men.” The jauhar scene is the culmination of her reign. Her victory is moral, but it is also political. Khilji is possessed and defeated by a woman that he has never even seen. It is an ironic end to a battle in which Khilji should have been the victor. He does manage to bring down an entire Kingdom, but is defeated by what he cannot possess. I guess he is possessed by possession. This could get complicated… I’ll leave it at that. The jauhar scene was more difficult to watch than I expected (even while working real hard to not pay too much attention to the CGI). I was moved by the devotion and solidarity of the women. It was an example of righteous devotion, to themselves, to their men, and to their kingdom. Given the weight of it all, I enjoyed Padmaavat, but I don’t think that I could sit through it again. Not all at once, at least, and definitely not in 3D. Maybe not in two or three sittings either… 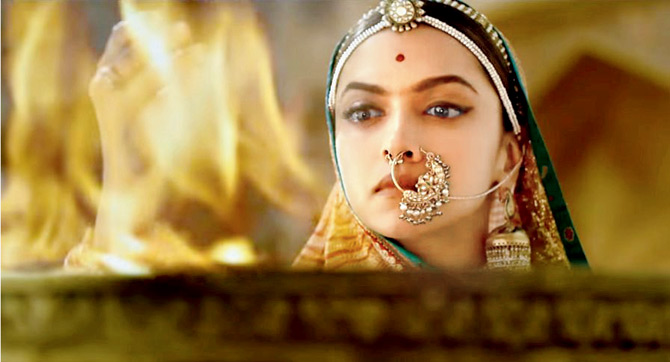